FOUR DAYS OF INNOVATION AND COLLABORATION IN TCTAP 2021 VIRTUAL WITH WORLD RENOWNED EXPERTS AROUND THE GLOBE.

Dr. Bon-kwon Koo is a professor of Seoul National University, director of cardiovascular center and chair in...

Dr. Bon-kwon Koo is a professor of Seoul National University, director of cardiovascular center and chair in Cardiology Division of Seoul National University Hospital, Seoul, Korea. Dr. Koo graduated Yonsei University, Seoul, Korea and was a visiting scholar at Stanford University previously and worked with Professor Peter J Fitzgerald and Professor William Fearon. Dr. Koo is an interventional cardiologist and his main research interest is imaging and physiology of coronary artery disease. Dr. Koo is a principal investigator of many domestic and international studies. He has published more than 400 papers in major journals. He was a course director of TCT-AP and is a course co-director of ENCORE course. He has performed series of studies on bifurcation lesions and coronary physiology/imaging which provided important insights in this field. His recent researches on non-invasive hemodynamic assessment using coronary CT angiography and computational fluid dynamics enables the assessment of FFR without invasive procedures and has started a new chapter in the diagnosis of coronary artery disease. This innovation has now been expanded to non-invasive treatment planner and non-invasive assessment for the risk of ACS.

Gary S. Mintz, MD, is a Senior Medical Advisor at the Cardiovascular Research Foundation (CRF, New York, NY) and a...

Gary S. Mintz, MD, is a Senior Medical Advisor at the Cardiovascular Research Foundation (CRF, New York, NY) and a Director of Transcatheter Cardiovascular Therapeutics (TCT). He is the author of more than 1000 peer reviewed articles, 60 book chapters, 4 books, and 850 abstracts concerning various aspects of clinical cardiology, cardiac ultrasound, hemodynamics, cardiac radiology and coronary arteriography, interventional cardiology, and (especially) intravascular imaging and physiology. In 2005, Dr. Mintz published his single-authored textbook Intracoronary Ultrasound that has now been translated into Chinese. In 2014, Dr. Mintz received the Master of the Masters Career Achievement Award at the TCTAP-Cardiovascular Summit in Seoul, Korea; in 2015 Dr. Mintz received the Chien Foundation Outstanding Lectureship & Lifetime Achievement Award, also presented at TCTAP-Cardiovascular Summit in Seoul, Korea; in 2017 Dr. Mintz received the Outstanding Achievement Award at CBS 2017, Nanjing, China; in 2018 Dr. Mintz received the Career Achievement Award at NFIC in Krakow, Poland; and in 2020 Dr. Mintz received the Jiangsu Friendship Award from the People’s Government of Jiangsu Province, China, the highest award presented to a non-Chinese. He also serves as a Senior Scientist and Advisor at the Medstar Cardiovascular Research Network, Washington, DC. Dr. Mintz completed his undergraduate education at the University of Pennsylvania in 1970 and received his medical degree from Hahnemann University (now part of Drexel University), in 1974, both in Philadelphia, PA. He finished his internship in 1975, residency in 1976, and cardiology fellowship in 1978, each at Hahnemann University. He joined the Hahnemann University Department of Medicine faculty in 1978 and was ultimately promoted to Professor of Medicine in 1987 before joining CRF in 1991. His past appointments at CRF have included Chief Medical Officer and Editor-in-Chief (and one of the founders) of TCTMD.com.

Dr. William Fearon graduated from Dartmouth College and received his medical degree from Columbia University College of Physicians and Surgeons, where he was elected into the Alpha Omega Alpha Medical Honor Society. He completed an Internal Medicine residency at Stanford University Medical Center serving an extra year as a Medical Chief Resident. He completed a General Cardiology and Interventional Cardiology fellowship at Stanford, spending his third year as the Chief Cardiology Fellow. He is currently a Professor of Cardiology and Director of Interventional Cardiology at Stanford University School of Mediciner. Dr. Fearon is board certified in cardiovascular medicine and interventional cardiology, and he is a fellow of the American College of Cardiology, the American Heart Association, and the Society of Cardiovascular Angiography and Interventions. He has been elected to the American Society for Clinical Investigation. Dr. Fearon’s primary area of research interest is in coronary physiology. He was the US principal investigator and senior author of the FAME trial, published in the New England Journal of Medicine and was a co-principal investigator and senior author of the FAME 2 trial, also published in the New England Journal of Medicine. He is now the principal investigator of the international FAME 3 trial comparing bypass surgery to fractional flow reserve guided percutaneous coronary intervention. He serves on the editorial board of the Journal of the American College of Cardiology, Circulation, JACC Cardiovascular Interventions, and Circulation: Cardiovascular Interventions. He was the principal investigator on an R01 and is the PI on an R61/R33 NIH award evaluating cardiac allograft vasculopathy early after transplantation. Dr. Fearon’s clinical activities include not only percutaneous coronary intervention, but also transcatheter aortic valve replacement. He was a coauthor on the PARTNER 2A Trial published in the New England Journal of Medicine.

Ziad Ali is the Director of the DeMatteis Cardiovascular Institute, Director of Investigational Interventional...

Ziad Ali is the Director of the DeMatteis Cardiovascular Institute, Director of Investigational Interventional Cardiology, and Director of Cardio-nephrology at St Francis Hospital & Heart Center in New York. He is also Director of the Angiographic Core Laboratory at Cardiovascular Research Foundation and Associate Professor of Medicine at Columbia University Medical Center. His clinical research interests focus on the use of intravascular imaging and physiology technologies such as optical coherence tomography, intravascular ultrasound, and flow wire assessment to optimize coronary interventions, for which he has served as a Global principal investigator on a number of trials. Dr. Ali is also a recognized innovator, playing an integral role in the development of the Resting Full-Cycle Ratio (RFR) and Shockwave intravascular lithotripsy. Clinically Dr. Ali developed pioneering techniques to perform vascular interventions without contrast administration, including IVUS-guided zero-contrast PCI and OCT using saline flush media, protecting patients with advanced kidney disease from acute kidney injury and the need for dialysis. 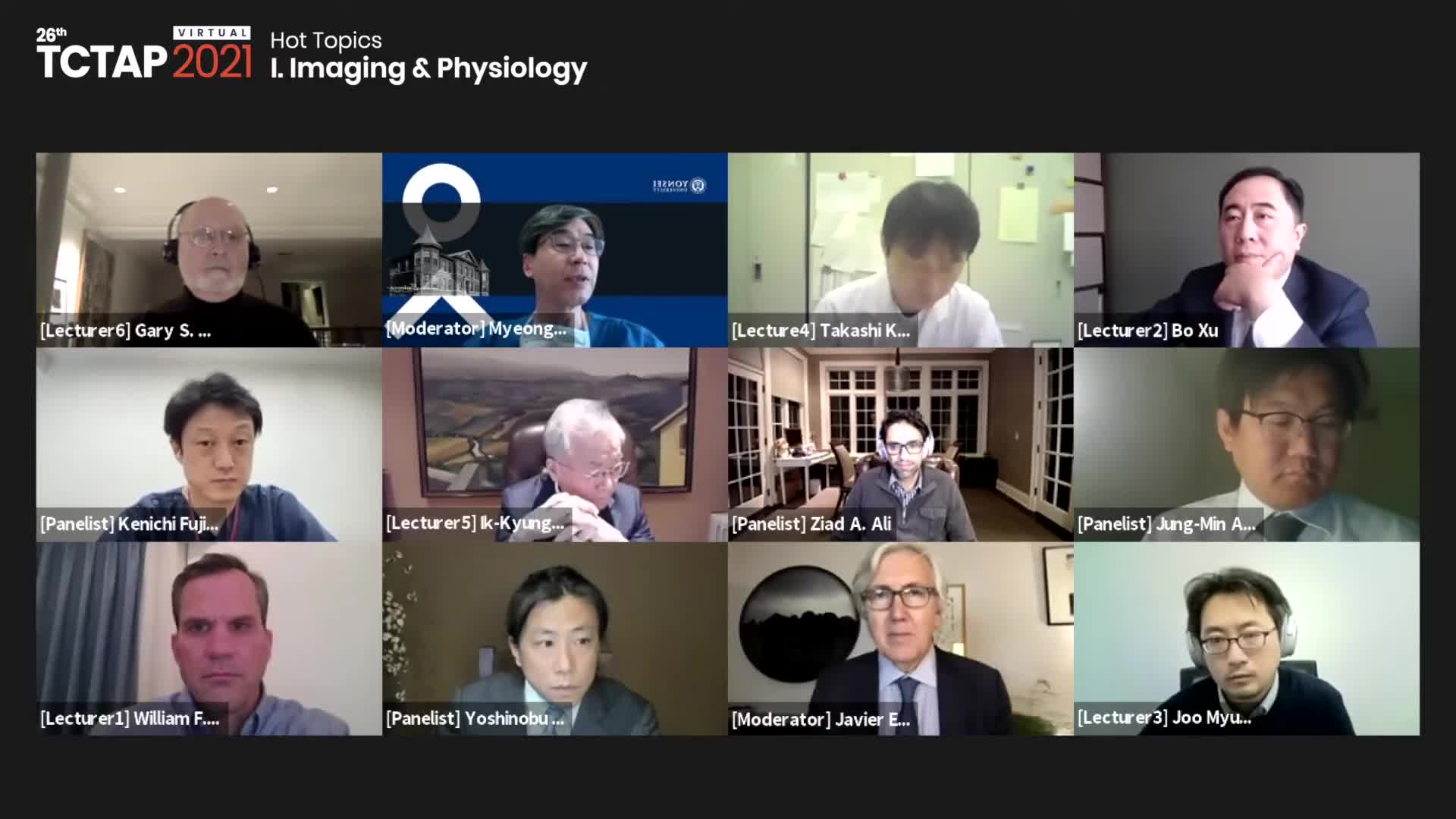 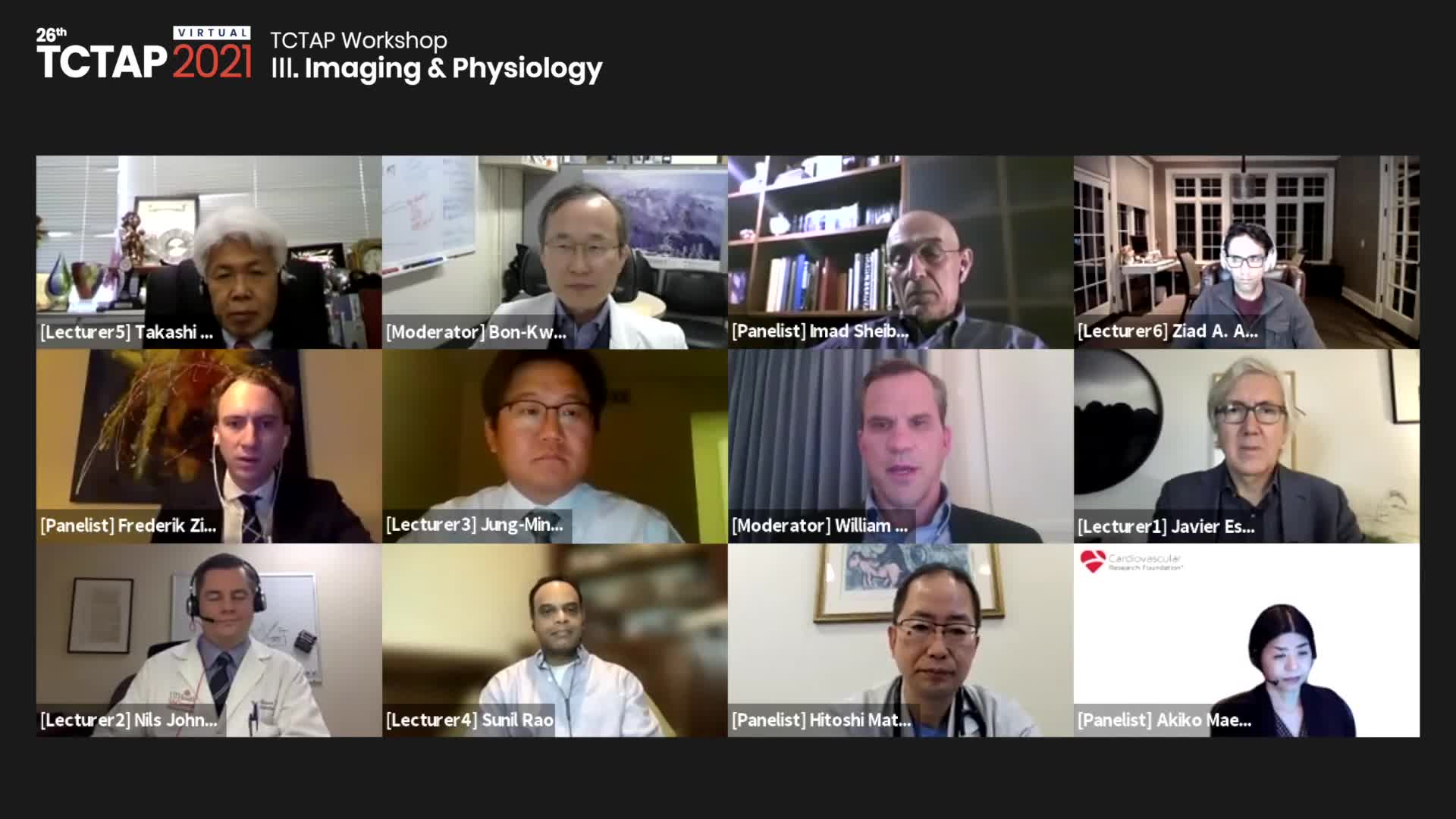 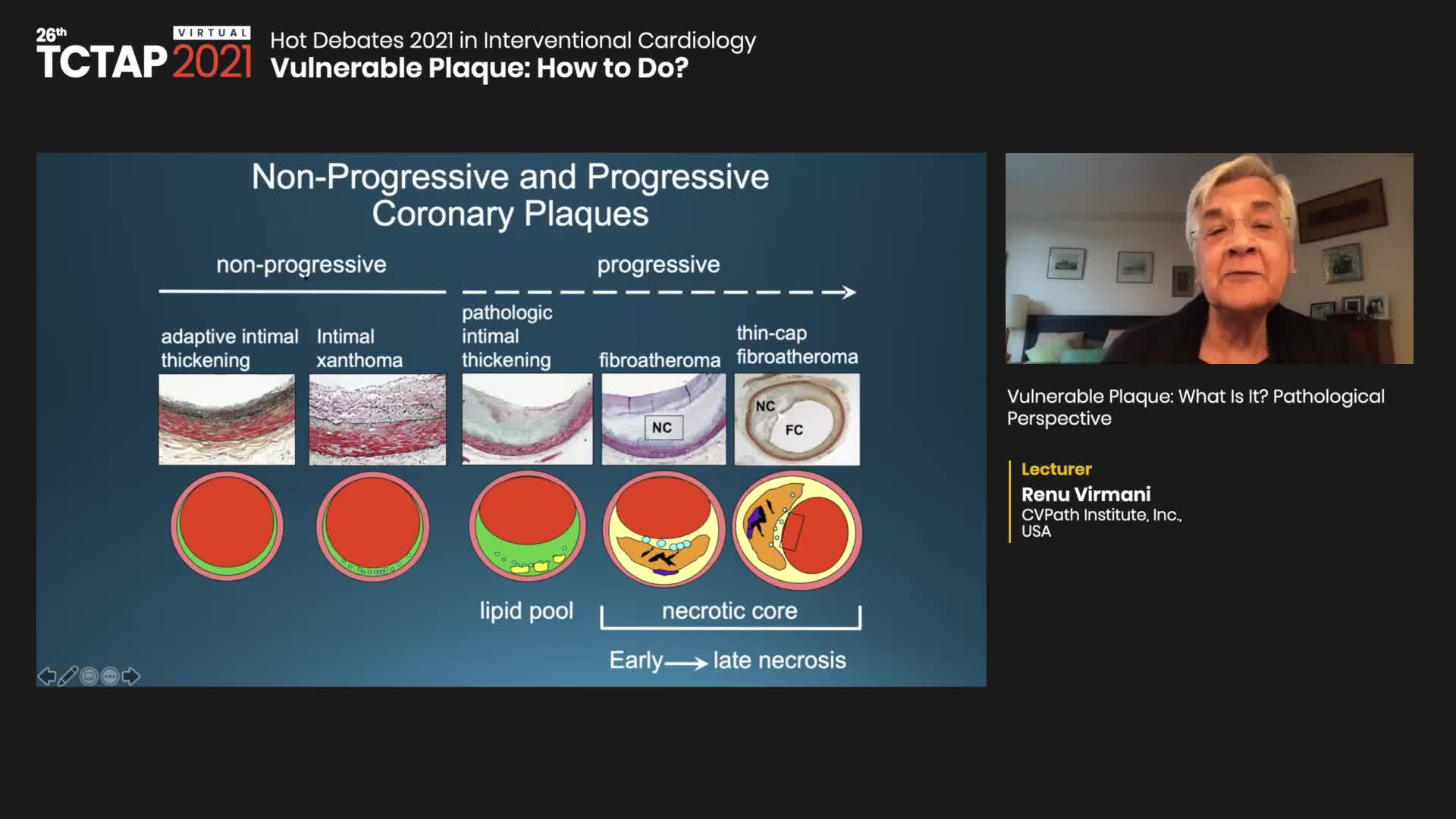 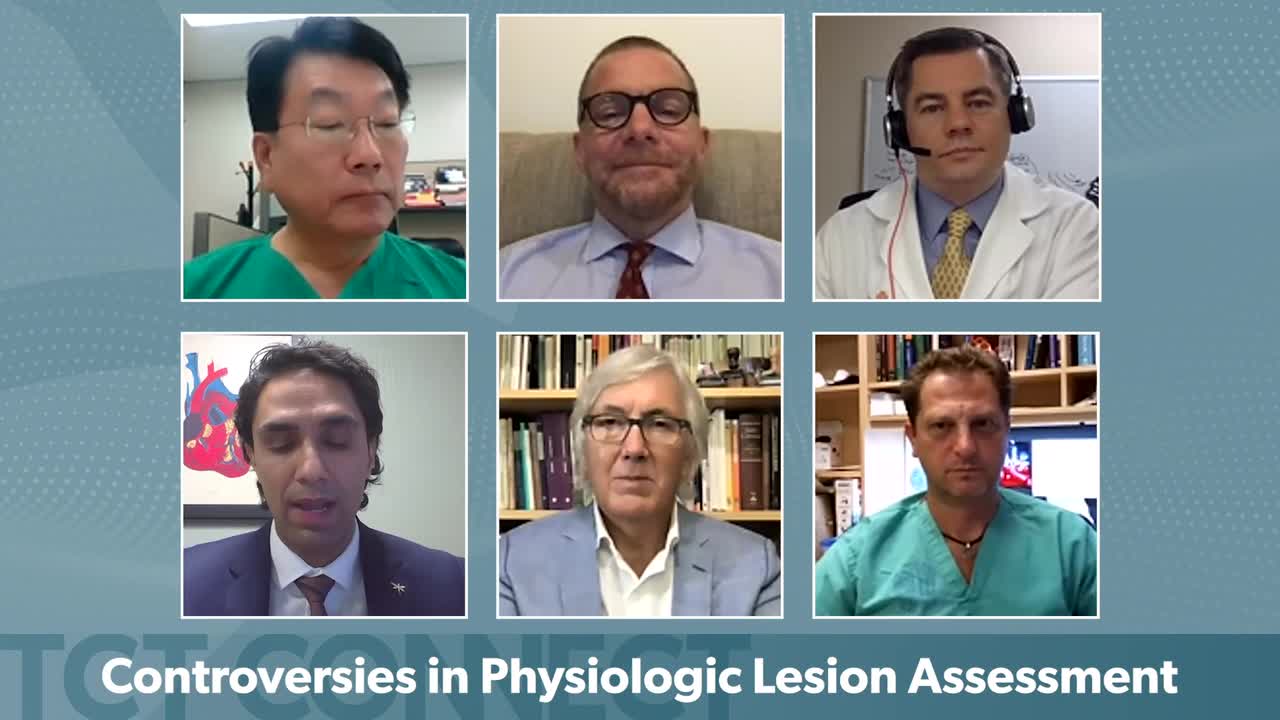 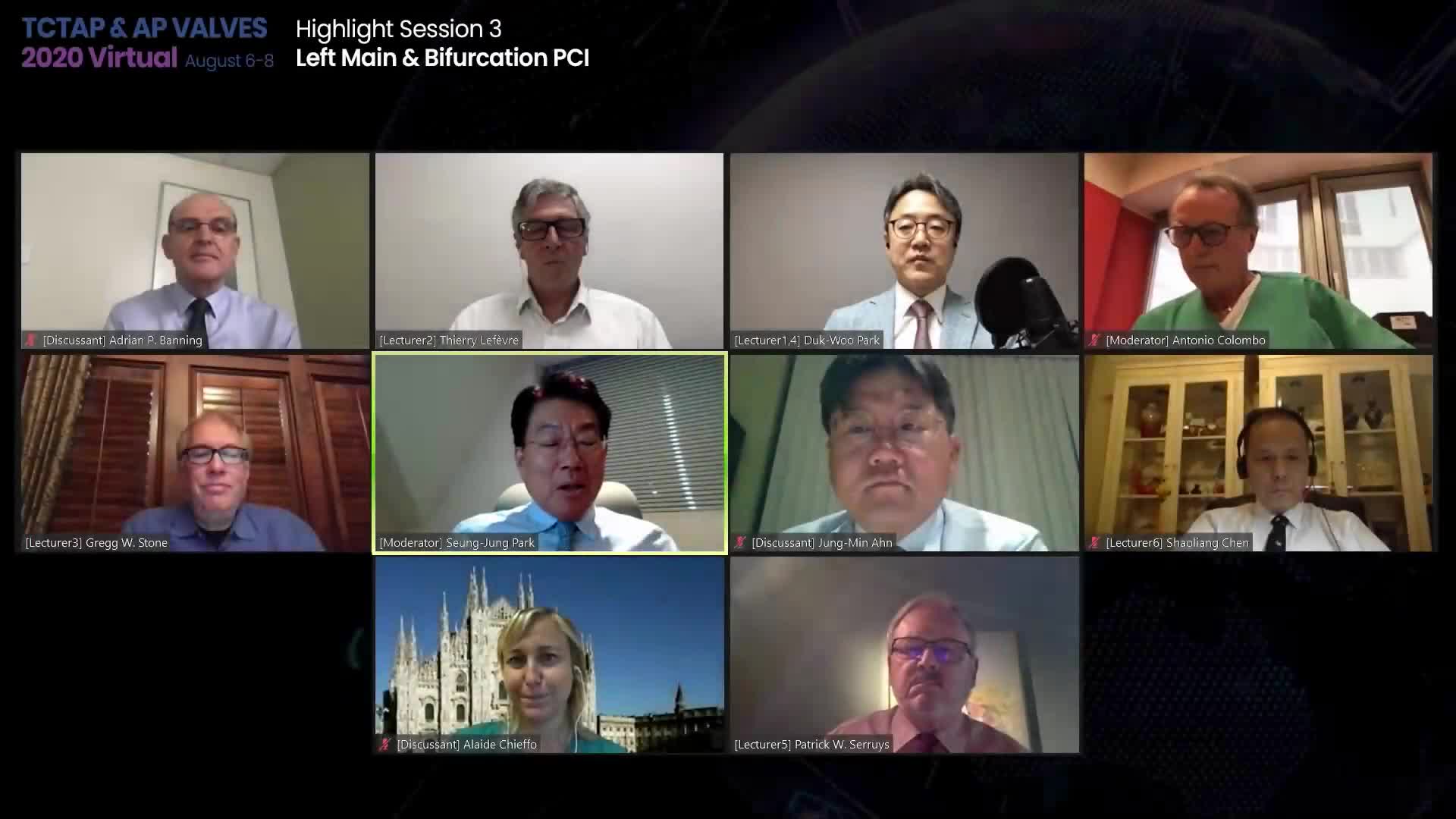 Left Main & Bifurcation PCI - What are the Most Important Controversials? TCTAP
11 Aug 2020 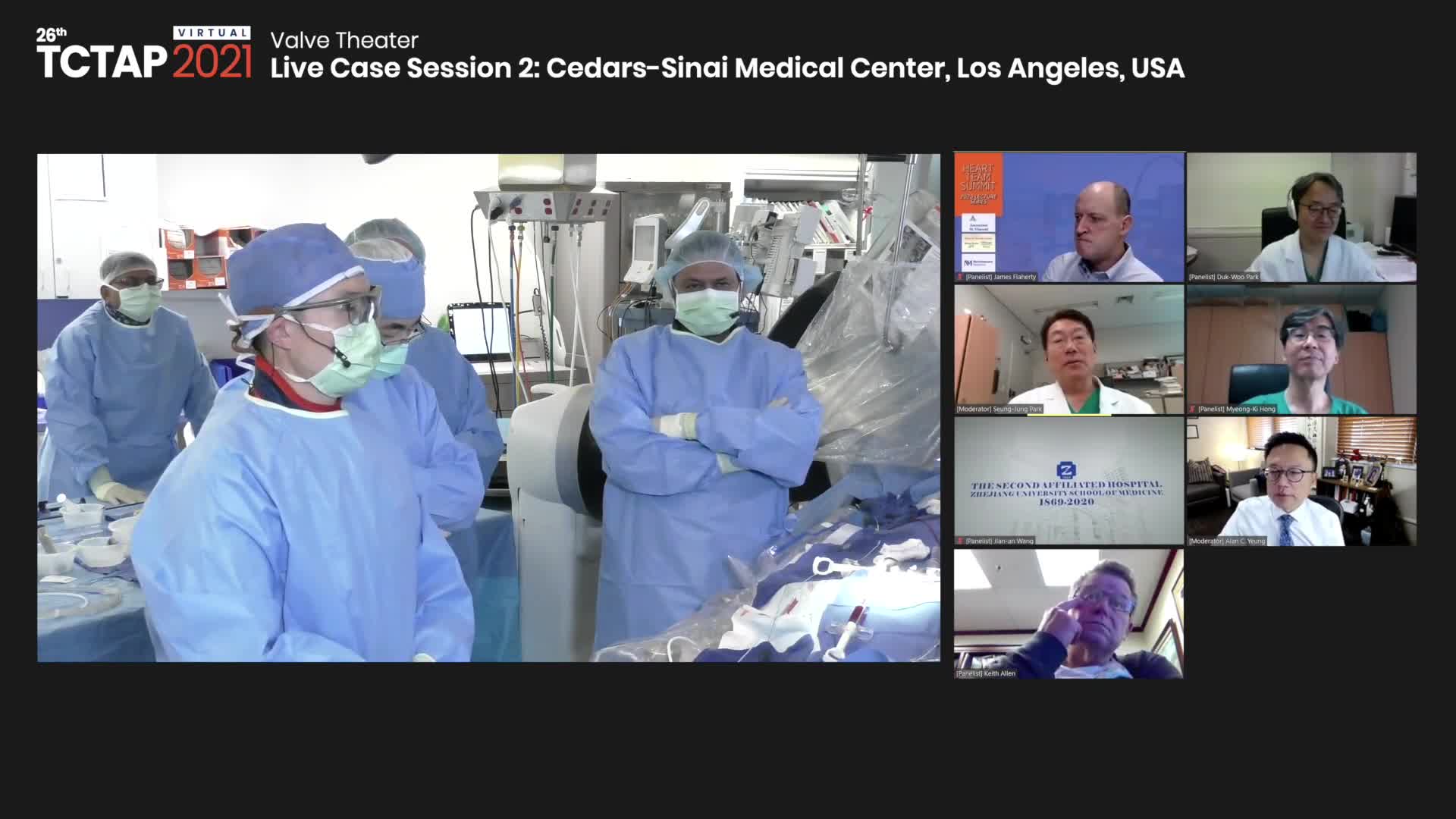 Subscribe to stay informed about the latest TCTAP & AP VALVES news and new challenging cases in the field of congenital, structural and valvar heart disease and heart failure interventions.