The Post-COVID World of Innovation

The Cardiovascular Research Foundation is a pre-eminent force in the progress against cardiovascular disease and, for nearly 30 years, a proven partner for researchers, physicians, and related...

The Cardiovascular Research Foundation is a pre-eminent force in the progress against cardiovascular disease and, for nearly 30 years, a proven partner for researchers, physicians, and related health professionals. 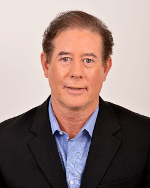 Dr. Peter Fitzgerald is the Director of the Center for Cardiovascular Technology and Director of the Cardiovascular Core Analysis Laboratory (CCAL) at Stanford University Medical School. He is an Interventional Cardiologist and has a PhD in Engineering. He is Professor in both the Departments of Medicine and Engineering (by courtesy) at Stanford. Presently, Dr. Fitzgerald’s laboratory includes 17 postdoctoral fellows and graduate engineering students focusing on state-of-the-art technologies in Cardiovascular Medicine. He has led or participated in over 175 clinical trials, published over 550 manuscripts/chapters, and lectures worldwide. He has trained over 150 post-docs in Engineering and Medicine in the past decade. In addition, he heads the Stanford/Asia MedTech innovation program. Peter has been principle/founder of twenty-one medical device companies in the San Francisco Bay Area. Fourteen of these have been transitioned to large medical device companies. He serves on several boards of directors, advised dozens of medical device startups as well as multinational healthcare companies in the design and development of new diagnostic and therapeutic devices in the cardiovascular arena. In 2001, Peter was on the founding team of LVP Capital, a venture firm, focused on medical device and biotechnology start-ups in San Francisco. In 2009, he co-founded TriVentures in Israel & Silicon Valley, which is a venture fund focused on early-mid stage medical technology and digital healthcare. 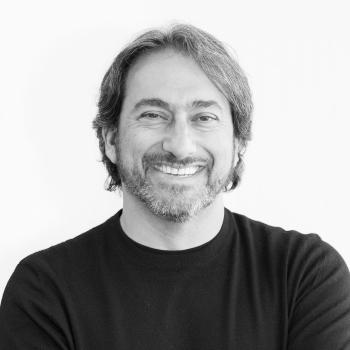 Dr. Josh Makower serves on the faculty of the Stanford University Medical School as an Adjunct Professor of Medicine...

Dr. Josh Makower serves on the faculty of the Stanford University Medical School as an Adjunct Professor of Medicine and is Co-Founder of Stanford’s Biodesign Innovation Program (now called the Byers Center for Biodesign). Josh helped create the fundamental structure of the Center’s core curriculum and is the chief architect of what is now called “The Biodesign Process.” Over the past 18 years since Josh and Dr. Paul Yock founded the Stanford Biodesign Innovation Program, this curriculum and the associated textbook has been used at Stanford and across the world to train thousands of students, faculty and industry leaders on the biodesign process towards the advancement of medical innovation for the improvement of patient care. Josh has practiced these same techniques directly as the Founder & Executive Chairman of ExploraMed, a medical device incubator, creating 8 companies since 1995. Transactions from the ExploraMed portfolio include NeoTract, acquired by Teleflex, Acclarent, acquired by J&J, EndoMatrix, acquired by C.R. Bard & TransVascular, acquired by Medtronic. Other ExploraMed/NEA ventures include Moximed, Nuelle and Willow. Josh is currently also working with NEA where he is a General Partner on their healthcare team leading the medtech/healthtech practice. Josh serves on the board of Setpoint Medical, DOTS Technologies, Eargo, ExploraMed, Intrinsic Therapeutics, Moximed, Willow and Coravin. Josh holds over 300 patents and patent applications. He received an MBA from Columbia University, an MD from the NYU School of Medicine, a bachelor’s degree in Mechanical Engineering from MIT and is a Member of the College of Fellows of The American Institute for Medical and Biological Engineering and was awarded the Coulter Award for Healthcare Innovation by the Biomedical Engineering Society in 2018. 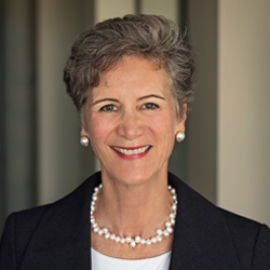 Jan founded Arboretum Ventures on the premise that innovation is key to delivering value in healthcare, a principle...

Jan founded Arboretum Ventures on the premise that innovation is key to delivering value in healthcare, a principle she developed working in the medical device industry for over two decades. Her investments focus on promising medical technologies that enable meaningful healthcare system savings while maintain great clinical outcomes. Jan has led and held board seats in more than a dozen investments across five funds including notable exits with HandyLab, Esperion (Nasdaq: ESPR), CardioMEMS, nVision, NxThera and NeuMoDx. Prior to co-founding Arboretum, Jan spent 20 years in entrepreneurial healthcare companies. She was previously President & Founder of Strategic Marketing Consultants advising healthcare start-ups and major medical device companies. Jan also held key management roles in marketing, clinical research, and sales for two successful medical device start-ups, Advanced Cardiovascular Systems and Devices for Vascular Intervention. Each of these companies was acquired by Eli Lilly and became the foundation for Guidant Corporation. Earlier in her career, Jan was an engineer and product manager for Procter & Gamble. Jan served on the National Venture Capital Association’s Board of Directors from 2015-2020 and in her last year, was the Board Chair. During her term as Chair, she prioritized VC industry diversity initiatives and was instrumental in driving small business access to CARES Act financial assistance programs early in the COVID pandemic. Jan was selected to the MichBusiness Women Leaders Hall of Fame (2020), as one of Crain’s Most Influential Women (2016), and as Crain’s Newsmaker of the Year (2015). She earned a BS in Bioengineering from the University of California at Berkeley and an MBA from the Wharton School at the University of Pennsylvania. 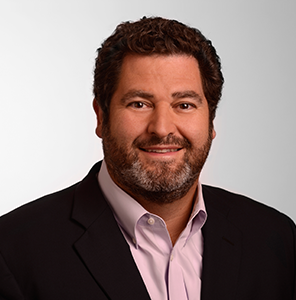 Mr. Galletti is a Managing Director and Founder of Longitude Capital. Prior to Longitude Capital, Mr. Galletti was a Senior Vice President of Pequot Ventures, where he worked in the life sciences practice. Prior to Pequot Ventures, Mr. Galletti worked at Amerindo Investment Advisors, Vector Fund Management and the Global Healthcare Investment Banking Group at J.P. Morgan & Co. Mr. Galletti began his career in the life sciences industry at APM, a management consultancy dedicated to improving operations performance within the patient care and procedural units of large acute-care hospitals. Mr. Galletti currently serves on the board of Murj. He previously served on the boards of Amphora Medical (acquired), Aptus Endosystems (acquired by Medtronic), and Twelve (acquired by Medtronic), and has also been involved with prior investments in Ablation Frontiers (acquired by Medtronic), MAP Pharmaceuticals (MAPP, acquired by Allergan), Prestwick Pharmaceuticals (acquired by Ovation), Sadra Medical (acquired by Boston Scientific), and Threshold Pharmaceuticals (THLD). Mr. Galletti sits or has sat on advisory boards for the Innovation and New Ventures Office at Northwestern University, the Program for Biomedical Engineering at Brown University, the Venture Capital Advisory Board of AdvaMed and the Life Sciences Advisory Board of Silicon Valley Bank. Mr. Galletti holds an M.B.A. in Finance and Health Services Management from the Kellogg School of Management at Northwestern University and an A.B. from Princeton University. 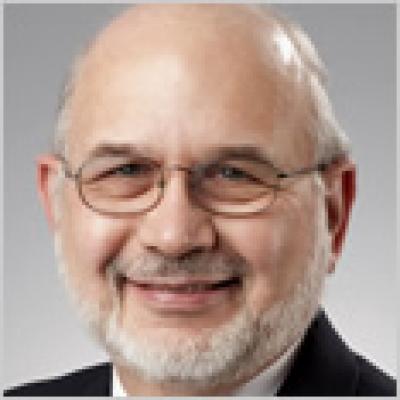 Dr. Daniel Wilson was a Senior Director within the Cardiovascular and Metabolic Team at Pfizer. He authored the...

Dr. Daniel Wilson was a Senior Director within the Cardiovascular and Metabolic Team at Pfizer. He authored the article, Managing High Blood Pressure during his employment at Pfizer. He received his Doctor of Medicine at Rush Medical University, then completed his postgraduate training in Internal Medicine, Hypertension and Nephrology, and a Renal Research Fellowship at the Cleveland Clinic Foundation. Dr. Wilson’s research interests have included hypertensive emergencies and urgencies, resistant hypertension, and drug-related nephrotoxicity. He has participated in numerous clinical research studies and multicenter trials, which have focused on the treatment of hypertension, and made noteworthy contributions to the medical literature. Dr. Wilson has 13 years of pharmaceutical industry experience. As a Medical Director at Pfizer, he had focused on cardiovascular and nephrologic issues related to medications and drugs in development. 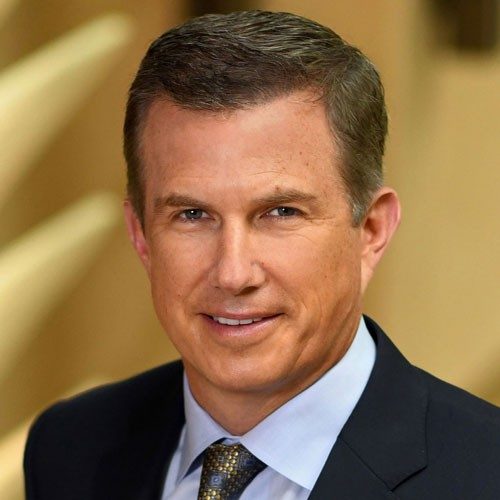 Geoff Martha is Chairman of the Board of Directors and Chief Executive Officer of Medtronic, the world’s leading...

Geoff Martha is Chairman of the Board of Directors and Chief Executive Officer of Medtronic, the world’s leading medical technology company, with $29 billion in annual revenue, more than 90,000 employees, and operations reaching more than 150 countries worldwide. Medtronic offers technologies and solutions to treat a wide range of medical conditions, including cardiac and vascular diseases, respiratory, neurological and spinal conditions, diabetes, and more. Geoff assumed the role of CEO on April 27, 2020 and became Chairman of the Board on December 11, 2020. Prior to his role as Chairman and CEO, he served as President of Medtronic from November 2019 through April 2020, leading Medtronic’s operating groups and regions, and served as a member of the Board of Directors beginning in November 2019. Previously, Geoff served as Executive Vice President and President of Medtronic’s Restorative Therapies Group (RTG). In that position, Geoff had global responsibility for RTG’s four divisions, including Brain Therapies, Pain Therapies, Specialty Therapies, and Spine. Prior to leading RTG, Geoff was Senior Vice President of Strategy and Business Development for Medtronic and was responsible for leading the development of Medtronic's global strategic plan, business development and acquisition-integration. As head of Strategy and Business Development, Geoff led the acquisition of Covidien, a $10 billion global manufacturer of surgical products and supplies. The acquisition of Covidien was the largest medical technology acquisition in the history of the industry. In July 2014, he was named Chief Integration Officer to lead the integration of Covidien into Medtronic. An ardent supporter of Medtronic-sponsored philanthropic and diversity initiatives, Geoff is a member of the Medtronic Foundation Board of Directors and serves as Medtronic’s Executive Sponsor to FIRST Robotics. He also led the Medtronic African Descent Network ― an internal resource group that focuses on recruitment, engagement, retention and development for employees of African descent. Prior to joining Medtronic, Geoff served as Managing Director of Business Development at GE Healthcare, where he was responsible for global business development, including acquisitions, divestitures, joint ventures and equity investments. In his 19-year career with GE, which included significant time with GE Capital, Geoff held several executive roles in business leadership, corporate development, strategic marketing, and sales management. Passionate about socio-economic issues, Geoff serves on the boards of two Minneapolis-based nonprofit organisations: Children’s HeartLink and Northside Achievement Zone (NAZ). Children’s HeartLink provides access to care for children around the world with congenital heart defects. NAZ is a community collaborative that works to end generational poverty and build a culture of achievement in North Minneapolis so low-income children of color graduate college and are career-ready. Geoff received a bachelor’s degree in Finance as a member of the Scholar’s Program from Pennsylvania State University. He graduated in 1992 with highest honors. Geoff was captain of the Penn State men’s hockey team and was inducted into its Hockey Hall of Fame in 1998. The University awarded him the 2016 Penn State Hockey Distinguished Alumni Award. He is also a member of Penn State’s College of Liberal Arts Development Council. 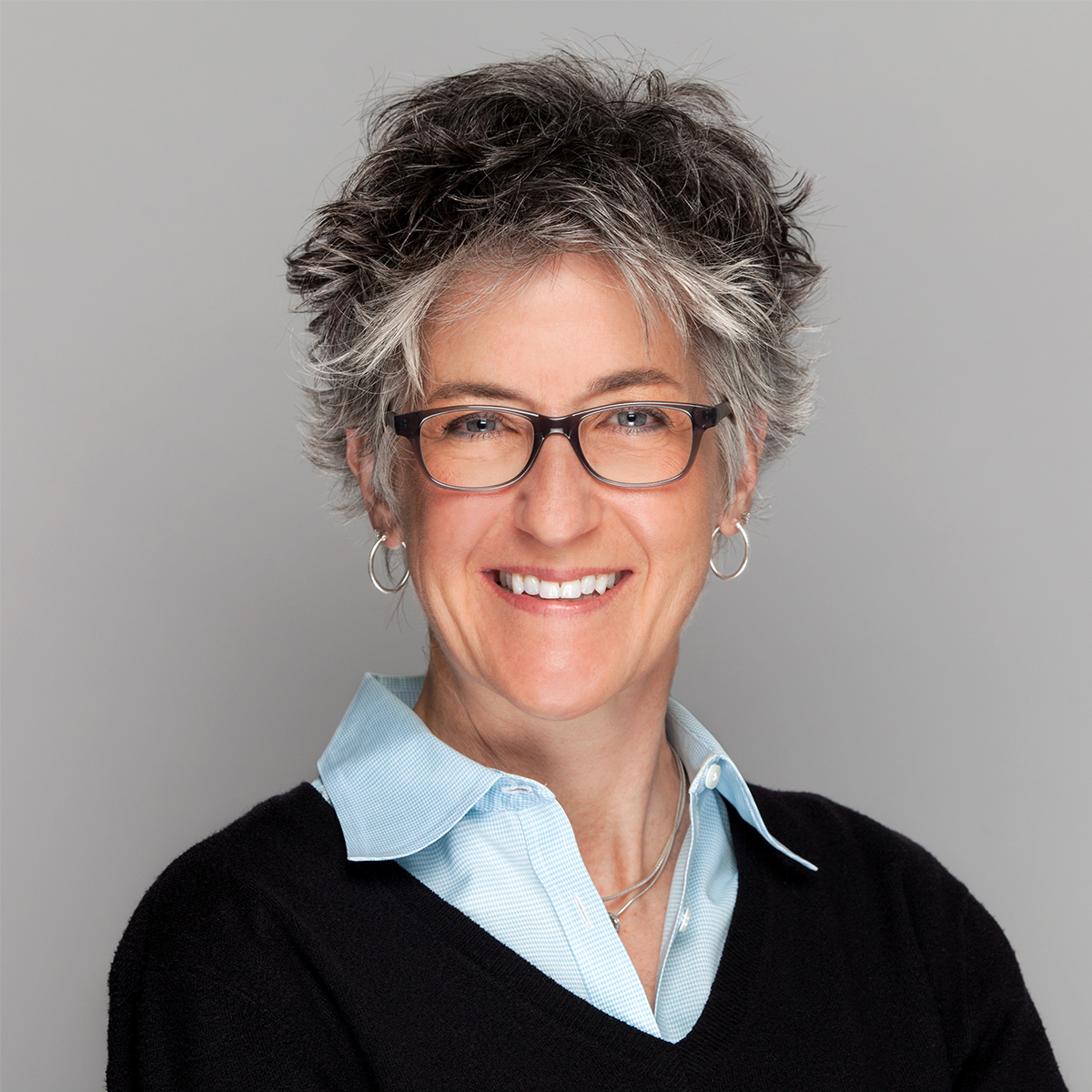 Deborah is the Co-Chief Executive Officer and Executive Chair of Evidation Health. She is a Director for both the...

Deborah is the Co-Chief Executive Officer and Executive Chair of Evidation Health. She is a Director for both the Task Force for Global Health and Sleep Number (NASDAQ: SNBR), serves on the Georgia Tech and Cal Poly Engineering Advisory Boards, and is a Fellow of the American Institute of Medical and Biological Engineering. Earlier in her career, Deborah held leadership roles at CardioDx and Guidant Corporation, where she was Research Fellow, Director of R&D, and Director of New Ventures in its Vascular Intervention Division prior to its acquisition by Boston Scientific. Deborah is a co-founder of the MedtechVision Conference, now held annually in Silicon Valley. She holds BS, MS and PhD degrees in mechanical engineering with a bioengineering focus from Georgia Tech. 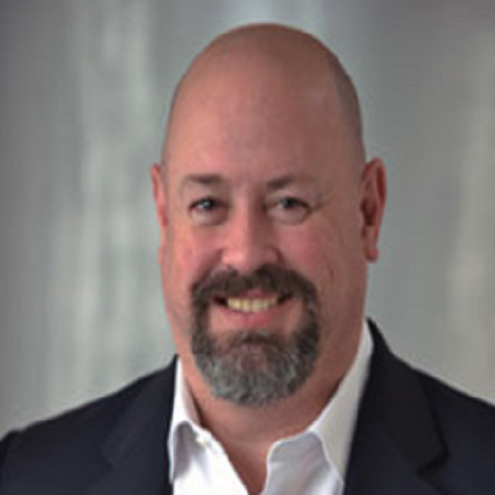 Andrew Cleeland is a seasoned executive with 30 years in the medical device industry in both the private and... 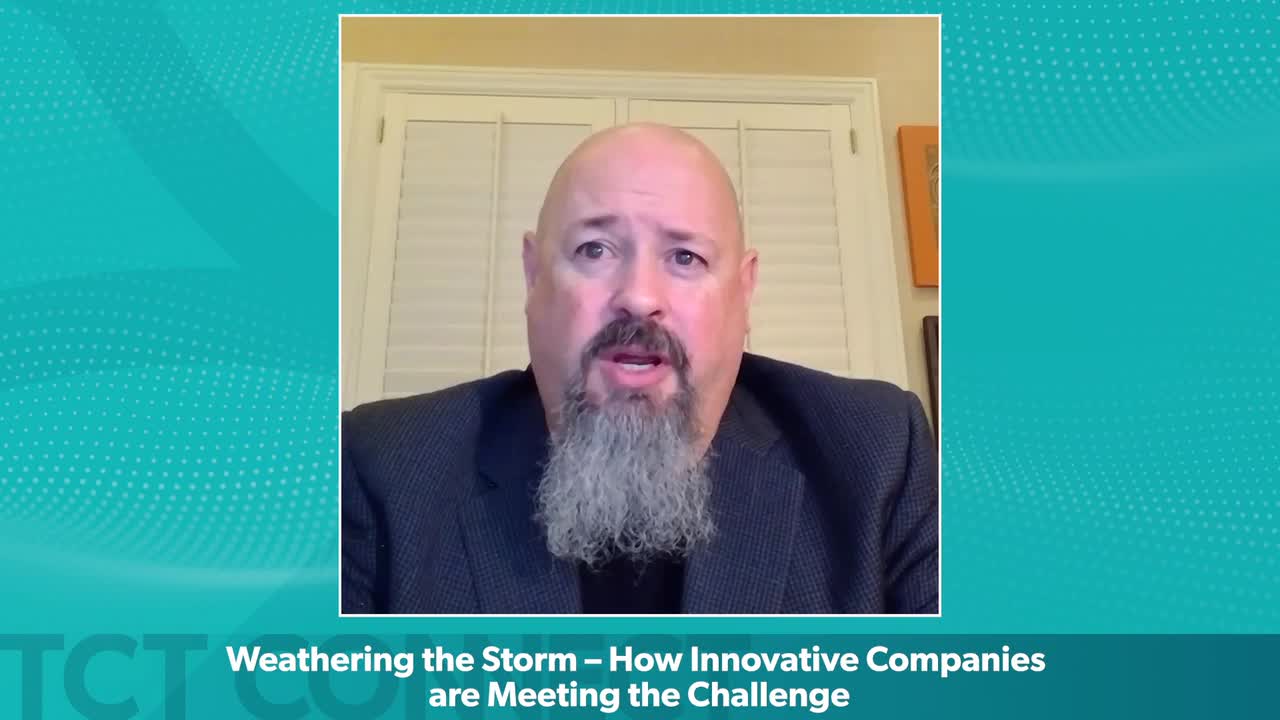 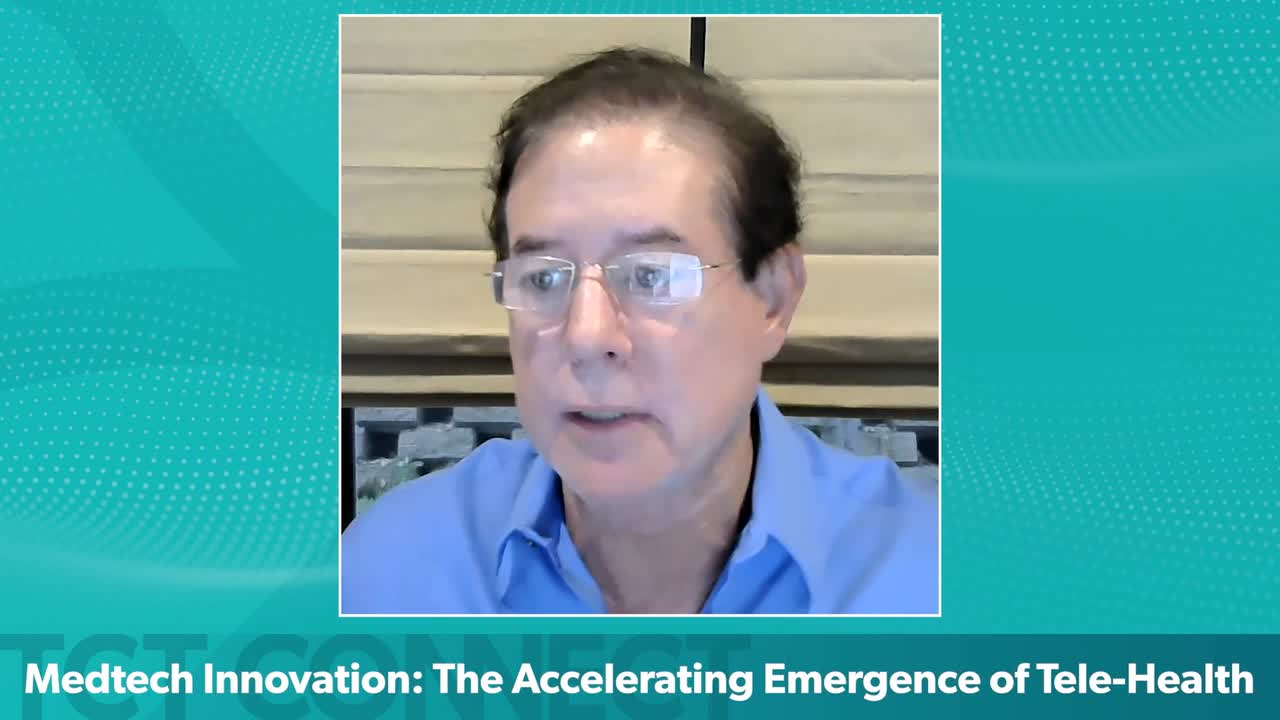 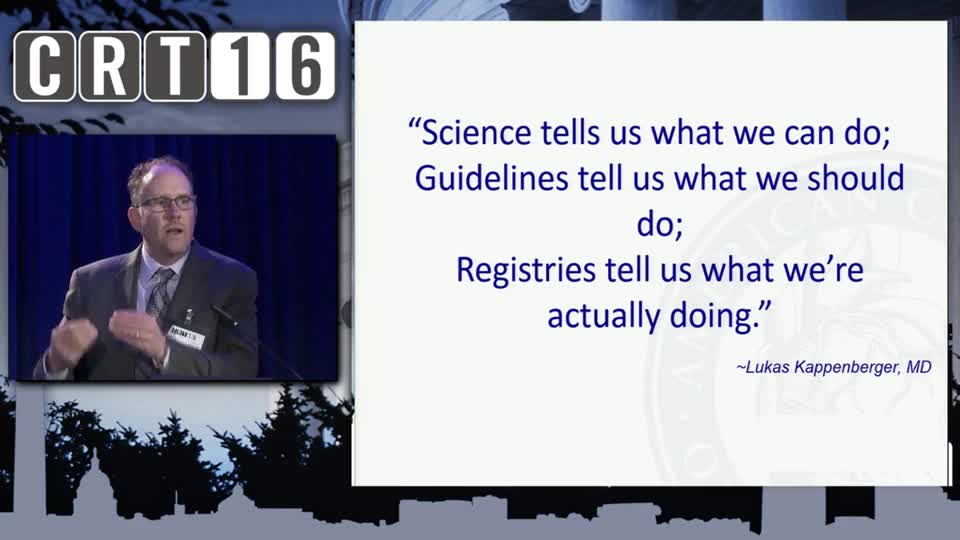 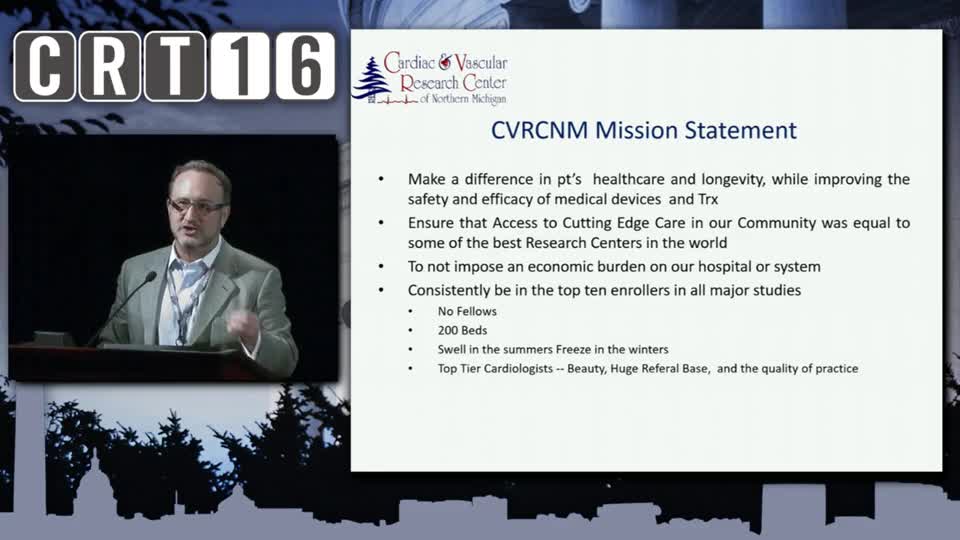 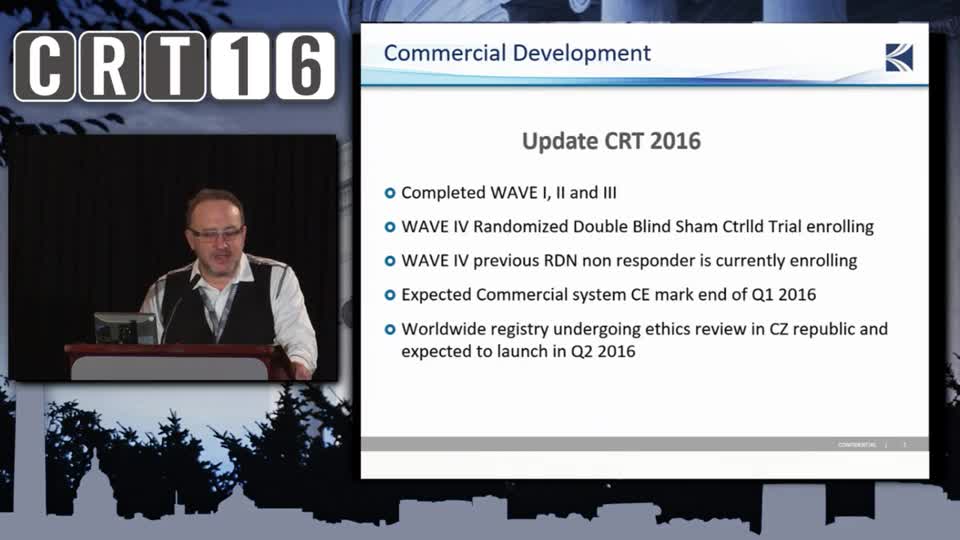 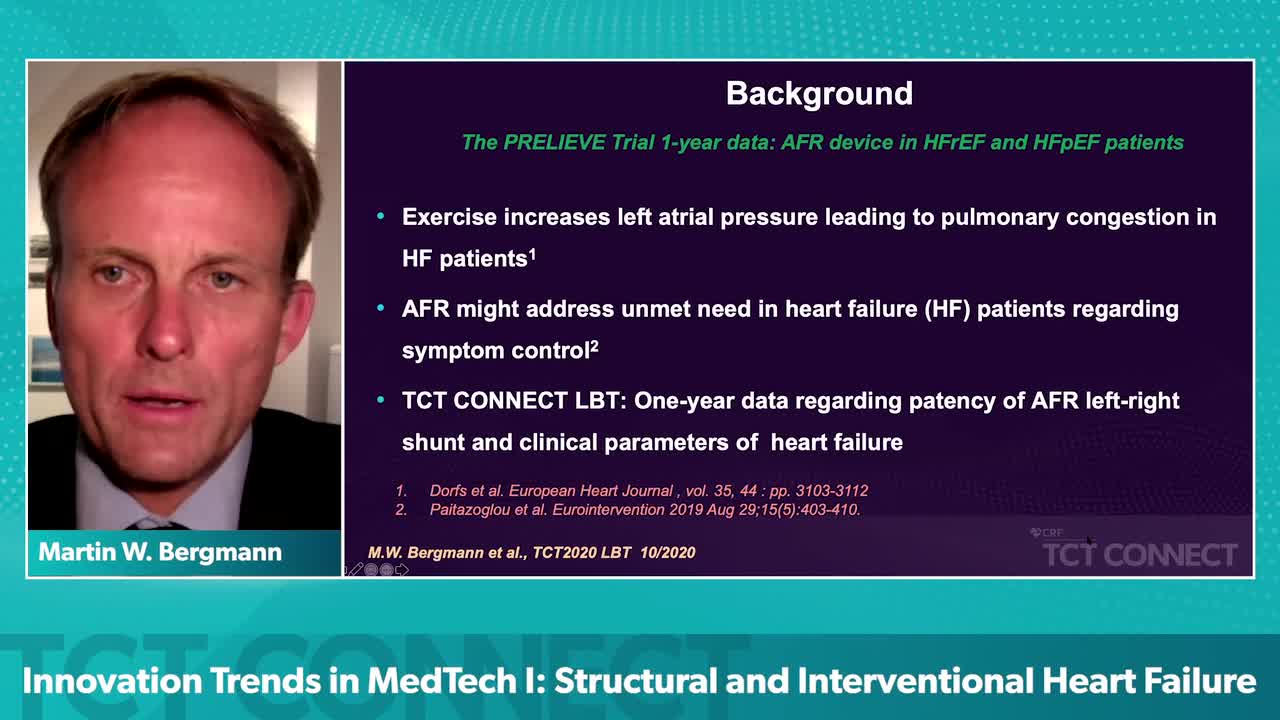