Dr. David E. Kandzari is the Chief of the Piedmont Heart Institute and Cardiovascular Service...

Dr. David E. Kandzari is the Chief of the Piedmont Heart Institute and Cardiovascular Service Line; Director, Interventional Cardiology of the Piedmont Heart Institute; and Chief Scientific Officer for Piedmont Healthcare in Atlanta, Georgia. Dr. Kandzari specializes in cardiovascular disease, peripheral arterial disease and interventional cardiology. A graduate of Duke University School of Medicine, he completed his internship and residency at The John Hopkins University School of Medicine in Baltimore, Maryland. Following his residency, he completed his general and interventional cardiology fellowship at Duke University where he joined the faculty as the John B. Simpson Assistant Professor of Interventional Cardiology and Genomic Sciences. Dr. Kandzari is the former Director of Interventional Cardiology Research at the Scripps Clinic in La Jolla, California. Before joining the Scripps faculty, he also served as Chief Medical Officer for the Cordis Corporation, a Johnson & Johnson Company. He has also served as a Medical Officer for the Center for Devices and Radiological Health for the United States Food and Drug Administration. Board certified by the American Board of Internal Medicine and its subspecialty Board of Cardiovascular Disease and Board of Interventional Cardiology, Dr. Kandzari has held national and international leadership roles in clinical trials in cardiovascular disease and has participated in national and international program committees in cardiology. He has authored and coauthored more than 400 studies, book chapters and scientific reviews, and has delivered more than 700 lectures, both nationally and internationally, on a variety of issues related to both interventional and general cardiology. Dr. Kandzari has been consecutively voted as one of Atlanta's Top Doctors by Atlanta Magazine from 2011 to 2021, and is peer-nominated in the top 1% of cardiologists by U.S News and World Report.

Professor Felix Mahfoud is an Associate Professor and senior physician of Internal Medicine and...

Professor Felix Mahfoud is an Associate Professor and senior physician of Internal Medicine and Cardiology at Saarland University Hospital, and Affiliate/Visiting Professor Harvard-MIT Biomedical Engineering, Institute of Medical Engineering and Science, Cambridge, US. Professor Mahfoud completed training in Cardiology and Interventional Cardiology at the Department for Internal Medicine III, Saarland University Hospital, Germany in 2014. Since 2017, he has served as Vice Chairman of the ‘Working Group on Interventional Hypertension Treatment’ for the European Society of Hypertension, and as a Committee Member of the 2018 Hypertension Guidelines.

Greg Marcus is Professor of Medicine at the University of California, San Francisco (UCSF),...

Greg Marcus is Professor of Medicine at the University of California, San Francisco (UCSF), Associate Chief of Cardiology for Research at UCSF Health, and the inaugural Endowed Professor of Atrial Fibrillation Research. In addition to engaging in an active clinical practice dedicated to the diagnosis and treatment of arrhythmias, including caring for patients in the clinic and hospital, performing catheter ablation procedures and implantations of pacemakers and defibrillators, and training cardiology electrophysiology fellows, Dr. Marcus has an active research program. His research is dedicated to understanding the fundamental causes of abnormal heart rhythms, identifying optimal therapeutic approaches for those arrhythmias, understanding the overall health effects of common exposures such as caffeine, alcohol, tobacco smoke, and cannabis, and using technology and wearable sensors to enhance health and the efficiency of patient-oriented research. He is one of the founders and continues to serve as one of the Principal Investigators of the world-wide, internet-based, Health eHeart Study as well as the NIH-funded national infrastructure to facilitate mobile health, called Eureka. He also runs several ongoing single-center and multi-center randomized, prospective trials, and oversees a team of investigators including post-doctoral fellows, clinical research coordinators, statisticians, and data analysts. A graduate of UC, San Diego, 84’, as a Philosophy major, he went to medical school at George Washington University. He then went on to complete his internship, residency, and served as Chief Medical Resident at Stanford. Subsequently, he completed his general cardiology and cardiac electrophysiology fellowships at UCSF. As part of an NIH-funded career development award, he then completed a Masters in Advanced Studies in Clinical Research at UCSF. Twitter: @gregorymmarcus

Manesh Patel is the Chief of the Division of Cardiology and the Division of Clinical Pharmacology. His clinical interests include diagnostic and interventional coronary angiography, peripheral angiography and endovascular intervention. His is involved in several clinical trials involving patients with cardiovascular disease and in cardiac imaging. He is also the Chair of the American College of Cardiology Task Force for Appropriate Use Criteria for Cardiovascular Procedures and is Chair of the American Heart Association Diagnostic and Interventional Cath Committee. Patel's interest in cardiac imaging, quality of care, cardiac devices is also evident in his research. His integration of these efforts into his roles at Duke was recognized in 2010 when he received the prestigious Duke Cardiology Fellowship Mentor Award. In 2011, Dr. Patel was named the endowed John Bush Simpson Assistant Professor of Cardiology. In 2013, Dr. Patel received the Robert M. Califf Faculty clinical research Award. Currently, Dr. Patel is leading an effort to redesign the delivery of care to patients undergoing invasive catheterization procedures in the health system with a specific aim of measure and providing individualized, patient centered, innovative, and efficient care.

Matthias Gotberg, MD, PhD works as an interventional cardiologist and Director of the Cardiac...

Matthias Gotberg, MD, PhD works as an interventional cardiologist and Director of the Cardiac Catheterization Lab at Skane University Hospital, Lund, Sweden. Dr. Gotberg has also been a member of the SCAAR steering committee since 2011. Dr. Gotberg has been principal investigator/investigator of numerous clinical trials, has authored or co-authored more than 70 publications in peer-reviewed journals, and is a recognized international expert within the field of coronary physiology and Transcatheter Aortic Valve Replacement.

Schuyler Jones, MD is an interventional cardiologist and Associate Professor of Medicine in the...

Schuyler Jones, MD is an interventional cardiologist and Associate Professor of Medicine in the Division of Cardiology at Duke University Medical Center, and his clinical interests include peripheral artery disease, coronary artery disease, and percutaneous coronary intervention. He currently serves as the Medical Director of the Duke Adult Cardiac Catheterization Laboratory and the medical director of the Duke Heart Center Clinical Research Unit (that oversees site-based research within the Heart Center). Since joining the Duke Faculty in 2010, Dr. Jones has worked as an investigator at the Duke Clinical Research Institute where he has been part of the leadership team for several clinical trials across a broad spectrum of cardiovascular care, including CAD, PAD, PCI, and CABG. He serves as the Co-Medical Director of the Clinical Endpoints Committee (CEC) at the DCRI, and has been an active participant in the angiographic core laboratory at DCRI. Recently, he has joined the Duke CTSA Recruitment Innovation Center as a co-Director. He has also been funded by the American Heart Association and the Doris Duke Charitable Foundation to investigate factors associated with the use and outcomes of patients with peripheral artery disease and peripheral vascular intervention. Currently, he is a co-principal investigator of the PCORI-funded demonstration project called Aspirin Dosing: A Patient-Centric Trial Assessing Benefits and Long-Term Effectiveness (ADAPTABLE) study which is enrolling 15,000 patients with established cardiovascular disease at 40 clinical sites within PCORnet.

Dr. Rao is Professor of Medicine at Duke University Medical Center, and the Section Chief of...

Dr. Rao is Professor of Medicine at Duke University Medical Center, and the Section Chief of Cardiology at the Durham VA Medical Center. At the national level, Dr. Rao serves as the Editor-in-Chief for Circulation Cardiovascular Interventions, the interventional journal of the American Heart Association’s flagship Circulation family of journals. He is the President-Elect for The Society for Cardiovascular Angiography and Interventions, and serves on the program committees of the ACC Scientific Sessions, the Transcatheter Cardiovascular Therapeutics conference, and the SCAI Scientific Sessions. He was the chairman of the 2017 ACC-i2 Summit and was the chair of the SCAI 2019 Annual Scientific Session. In addition, he was the Editor-in-Chief of the ACC CathSAP 5 program and is currently the co-chair of the ACC Collaborative Management Pathway for Interventional Cardiology. His main research interests are pharmacological and interventional therapies for acute coronary syndromes, as well as bleeding and blood transfusion complications among patients with ischemic heart disease. Dr. Rao has published over 300 peer-reviewed papers, and is the co-Editor-in-Chief of the seminal textbook on transradial procedures titled “Best Practices for Transradial Approach in Diagnostic Angiography and Intervention.” 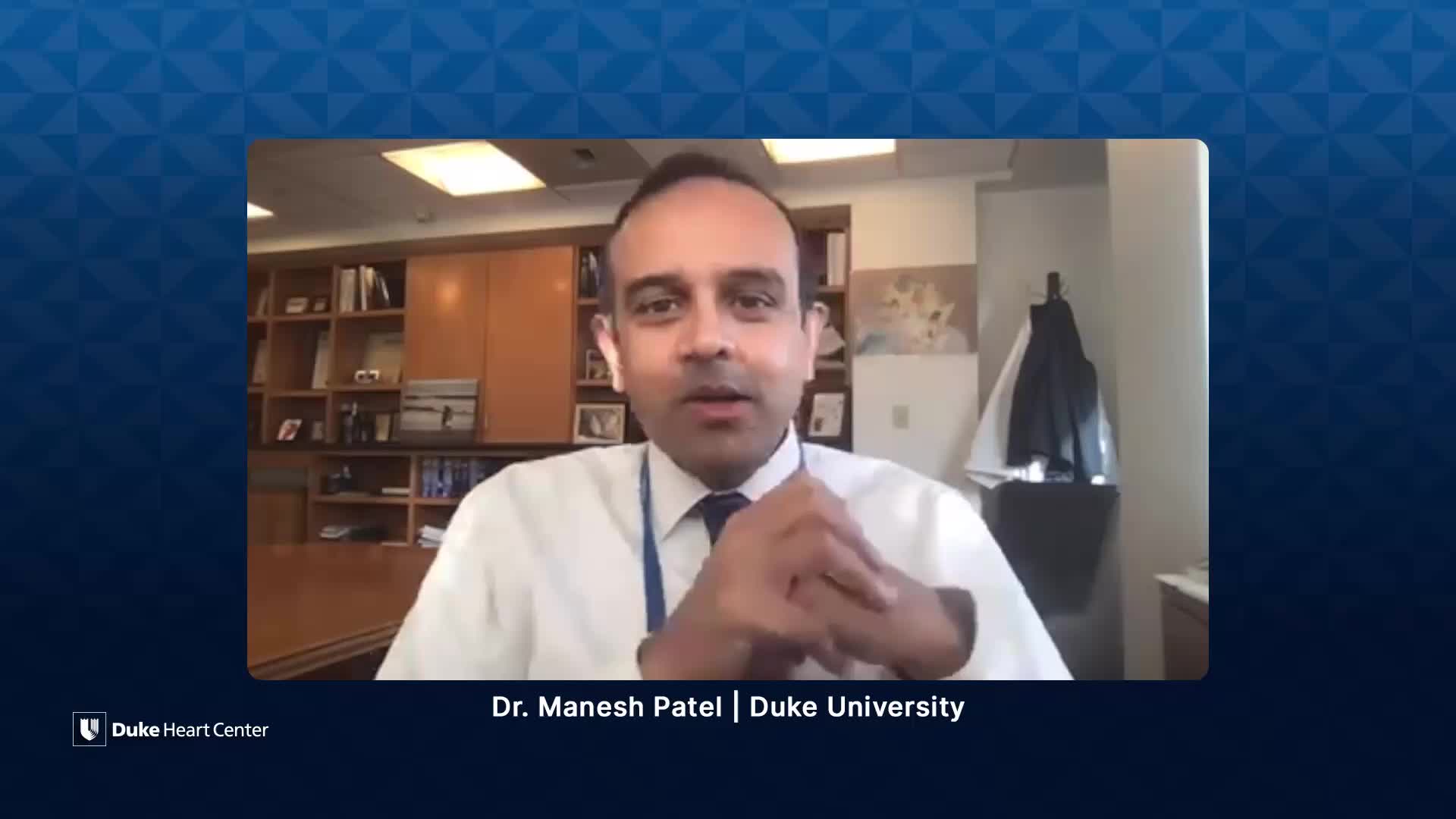