Leave No One Behind: Advancing Health Equity in Cancer Care

Dr Claudia Allemani is Professor of Global Public Health at LSHTM. Her main interests are in international...

Dr Claudia Allemani is Professor of Global Public Health at LSHTM. Her main interests are in international comparisons of cancer survival (EUROCARE, HAEMACARE, CONCORD), “high-resolution” studies on patterns of care and short-, medium- and long-term survival, as well as the estimation of avoidable premature deaths, with a focus on their impact on cancer policy. She has 20 years’ experience in this domain. She is co-Principal Investigator of the CONCORD programme for the global surveillance of cancer survival and Principal Investigator of a prestigious European Research Council Consolidator grant to carry out a world-wide study on inequalities in survival from cancers of the breast, cervix and ovary (VENUSCANCER). She has published over 150 peer-reviewed articles and 10 book chapters, manuals and reports. Her research has been cited over 13,000 times (h-index 51, i-10 index 76; Google Scholar). She collaborates with the Organisation for Economic Co-operation and Development (OECD) and with several other international agencies, including the International Atomic Energy Agency (IAEA), the World Health Organisation (WHO), the US Centers for Disease Control and Prevention (CDC), the American Cancer Society (ACS) and the French National Cancer Institute (INCa), as well as the European Cancer Patient Coalition (ECPC).

Deepak Khanna is President Europe & Canada for MSD, responsible for MSD’s Human Health business across this region. In this role he also represents MSD in the Patient Access Committee and the European Markets Committee at EFPIA, the European innovative pharmaceutical industry association. Prior to his current role Mr. Khanna was SVP and Regional President EMEAC Oncology at MSD 2013-2020 leading commercial operations for MSD’s oncology business across Europe, Middle-East, Africa and Canada, and SVP and Managing Director of MSD in the UK and Ireland 2009-2013, a role which included the integration of MSD with Schering-Plough. Alongside his role as Managing Director, he played an active role in pharmaceutical industry affairs in the UK. He held the position of President of the Association of the British Pharmaceutical Industry (ABPI) between April 2012 and April 2014 and oversaw the pricing and reimbursement negotiations with the UK government during his tenure. Deepak Khanna began his career at MSD in 1988 in field sales and progressed to positions of increasing responsibility within the U.S. and Worldwide Human Health Division, leading to versatile leadership roles in multiple therapeutic areas. After MSD’s announcement on plans to merge with Schering-Plough, he also led the U.S. integration planning efforts. Mr. Khanna has over 30 years of industry experience with broad functional expertise including strategic and operational roles across various geographies and divisions and is highly respected within the industry. He earned bachelor’s degree in biochemistry and economics from the University of California, Berkeley and an MBA in marketing from Santa Clara University.

Professor Diana Sarfati (MBChB, MPH, PhD, FNZCPHM) is National Director of Cancer Control and Chief Executive of Te Aho o Te Kahu, the Cancer Control Agency in New Zealand. Her role is to provide national leadership for, and oversight of cancer control, to provide policy advice to the Government, and to be accountable for ensuring progress towards the goals and outcomes in the New Zealand Cancer Action Plan. Previously Diana was Head of the Department of Public Health and Director of the Cancer and Chronic Conditions (C3) research group at University of Otago, Wellington. She has led a large body of research relating to disparities in cancer outcomes, and has close to 200 peer-reviewed publications. This work has resulted in the identification of key patient and health system factors that influence cancer survival. It has been used extensively by health policy makers, clinicians and other researchers to develop policies and practices that aim to reduce inequities in cancer outcomes Diana has held a number of national and international roles. She is currently a commissioner for the Lancet Commission on Health Systems and Cancer, a current member of the International Advisory Committee to Lancet Oncology, the Board of the International Cancer Benchmarking Programme (ICBP), and the Advisory Committee to the International Agency for Research on Cancer’s (IARC) Pacific cancer hub. She led a 2019 Lancet Oncology series on cancer in small island developing states and is a former member of IARC’s international expert group on social inequalities in cancer, the International Academic Advisory Committee on the International Cancer Benchmarking Project, the NZ National Cancer Programme Leadership Board, the National Screening Advisory Group, the National Ethics Advisory Committee, the Bowel Cancer Taskforce and the National Bowel Cancer Screening Advisory Committee.

Guillaume Dedet is a policy analyst at the OECD health division. He focuses his work on the analysis and comparisons...

Guillaume Dedet is a policy analyst at the OECD health division. He focuses his work on the analysis and comparisons of health systems in Europe. Guillaume is a public health physician (MD from the Greater Paris Academic Hospital) and holds additional post-graduate degrees in statistics (MSc from University Paris-Sud), health economics (MSc from LSE) and diplomacy (MA from SOAS). Prior to joining the OECD, Guillaume Dedet served as a technical officer in the Division of Health Systems and Public Health at the WHO Regional Office for Europe and as senior advisor, in the Health Financing Division of the French Ministry of Health.

Hendrik Van Poppel, MD, PhD, graduated in General Surgery in 1980, in Urology in 1983 and joined the Academic Unit at...

Hendrik Van Poppel, MD, PhD, graduated in General Surgery in 1980, in Urology in 1983 and joined the Academic Unit at KU Leuven in 1985 after his postgraduate training in London, Barcelona, Copenhagen, Mainz and Rotterdam. He became full Professor of Urology in 1993, and chair of the department of urology in Leuven in 2002. He was visiting Professor in Aachen (DE), Munster (DE), ‘s Hertogenbosch (NL), Linz (AU), Barcelona (SP), Jönköping (SE), Marburg (DE), Cardiff (UK), London (UK), Heidelberg (DE), Mainz (DE), Timisoara (RO), Surabaya (ID) and Vienna (AU) were he demonstrated live uro-oncologic surgery. Other live demonstrations took place in Nijmegen (NL), Zaragoza (SP), L’Aquila (IT), Leuven (BE), Brussels (BE), Milan (IT), Torino 2x (IT), Tbilisi (GE), Djakovié (RKS), La Vallette (MT) and Alexandria (EGIPT). His clinic was about exclusively focused on Onco-urological surgery. He performed more than 2500 radical prostatectomies and countless major open oncological surgeries for kidney, bladder, prostate, testis and penile cancer. He was Treasurer of the EORTC Genito-Urinary Group between 1997 and 2011, Board Member of the EORTC between 2004 and 2008, President of the Belgian Association of Urology 2009 – 2010. During 8 years he was Director of the European School of Urology (ESU) and became EAU Adjunct Secretary General, responsible for Education, in 2012-2021. He was co-founder and is now Chairman of the Scientific Committee of Europa Uomo, Faculty Member of the European Society of Medical Oncology (ESMO) and was Board Member of ECCO. He is honorary member of the Asociatia Romana de Urologie (ARU), the Dutch Urological Association (DUA), the Georgian Urological Association (GUA), the Hungarian Association of Urology (HSU), the Deutsche Gesellschaft für Urologie (DGU), the Chinese Urological Association (CUA), the Polish Urological Association (PTU), the Georgian Association of Oncological Urology (GUA), Taiwan Urological Association (TUA) and Japanese Urological Association (JUA). In recent years, during his mandate as Adjunct Secretary General of the EAU he built the EAU Offices for Patient affairs and for European policy in Brussels.

Dr Nicolò Matteo Luca Battisti is a Consultant Medical Oncologist in the Breast Unit of The Royal Marsden NHS...

Dr Nicolò Matteo Luca Battisti is a Consultant Medical Oncologist in the Breast Unit of The Royal Marsden NHS Foundation Trust, London, UK, where he is also Clinical Lead of the Senior Adult Oncology Programme. He completed his specialist training at the University of Milan and National Cancer Institute of Milan, Italy in 2015. He obtained a research degree (MD[Res]) within the Breast Cancer Research Division of the Institute of Cancer Research of London, UK in 2022. Dr Battisti completed the European Society for Medical Oncology Leaders Generation Programme in 2022. He spent the last year of his specialist training working with Dr Martine Extermann at the Senior Adult Oncology Program of the Moffitt Cancer Center of Tampa, Florida, USA. In 2016, Dr Battisti joined the Breast Unit of The Royal Marsden NHS Foundation Trust. Dr Battisti’s main clinical and research interests are breast oncology and geriatric oncology. He authored several publications and book chapters in the fields of geriatric and breast oncology. Dr Battisti is President of the International Society of Geriatric Oncology (SIOG). He also serves as Co-Chair of the European Cancer Organisation Inequalities Focused Topic Network. He is a member of the Elderly Task Force of the European Organisation for Research and Treatment of Cancer (EORTC) and member of the Cancer and Aging Research Group (CARG) Advocacy Committee and Clinical Implementation Core. He is a member of the Clinical Steering Group of the National Audit of Breast Cancer in Older Patients (NABCOP) in the UK. Dr Battisti was presented the Arti Hurria Award at the 2019 San Antonio Breast Cancer Symposium for his research on the use of chemotherapy in older patients with early breast cancer enrolled within the Bridging The Age Gap study and in 2021 he was presented the Dario Cova Award from the Italian Group of Geriatric Oncology for his contribution to the field of geriatric oncology. 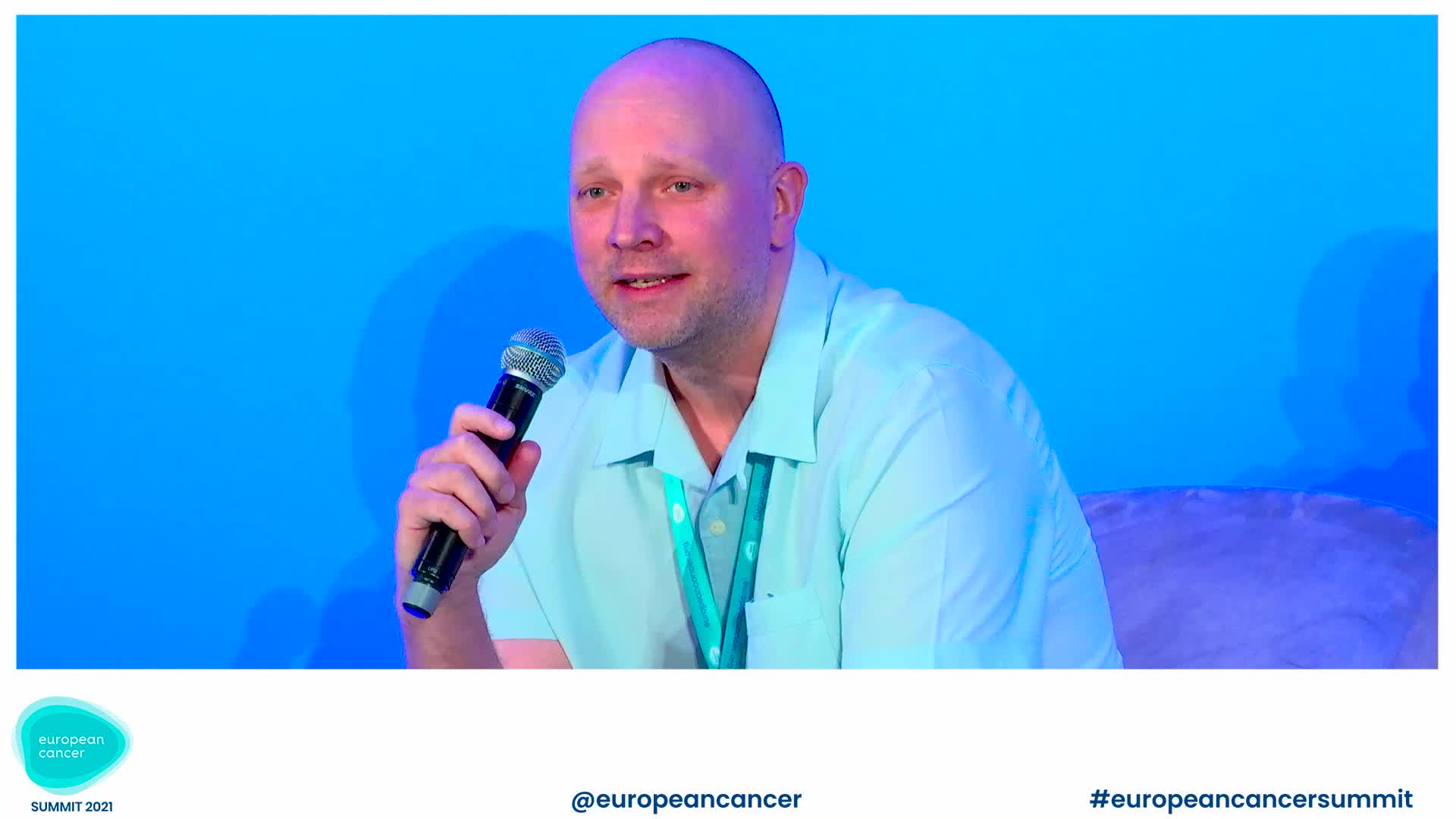 I Am Not a Statistic. The Human Element of the Beating Cancer Plan European Cancer Organisation
19 Nov 2021 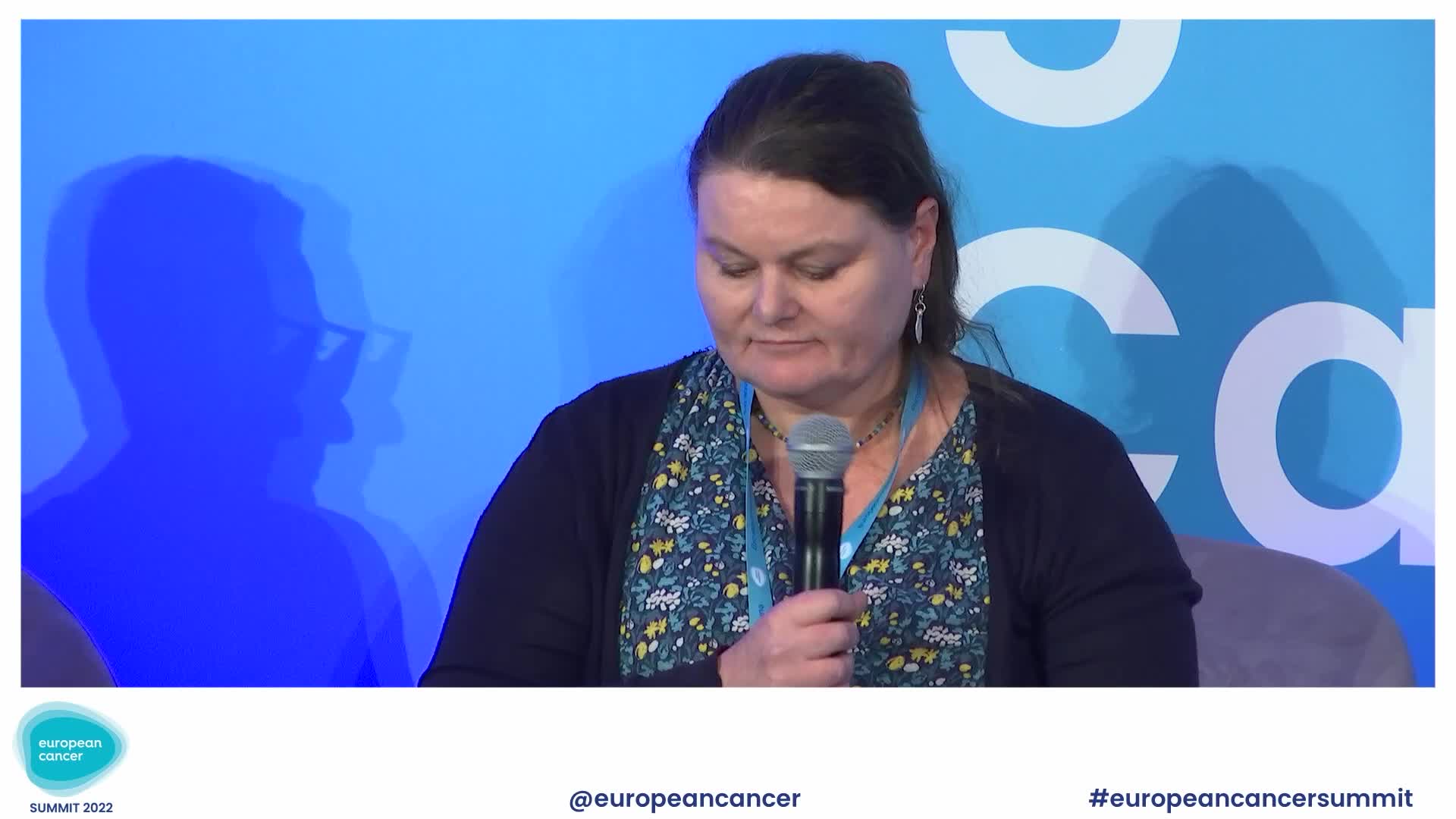 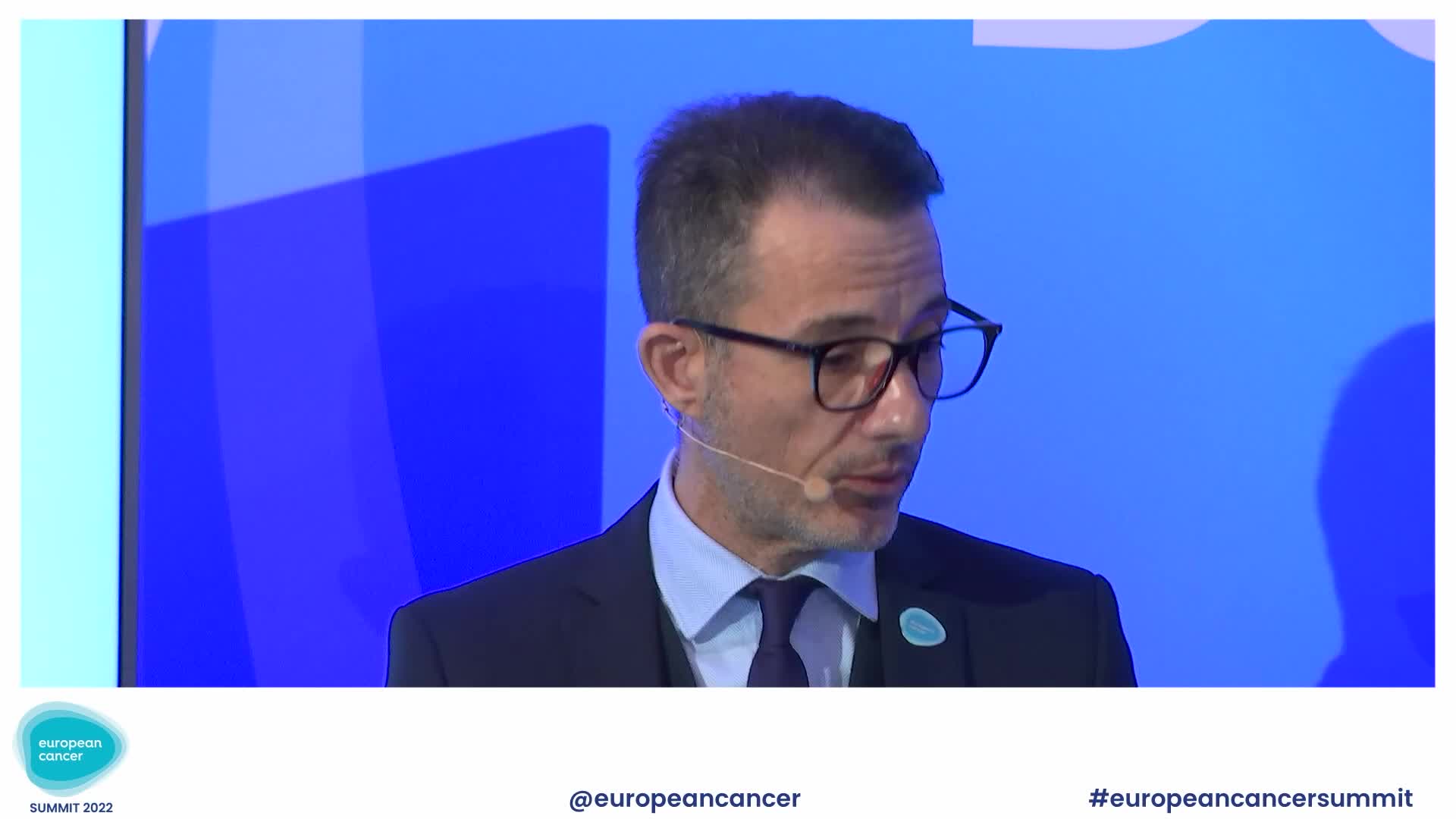 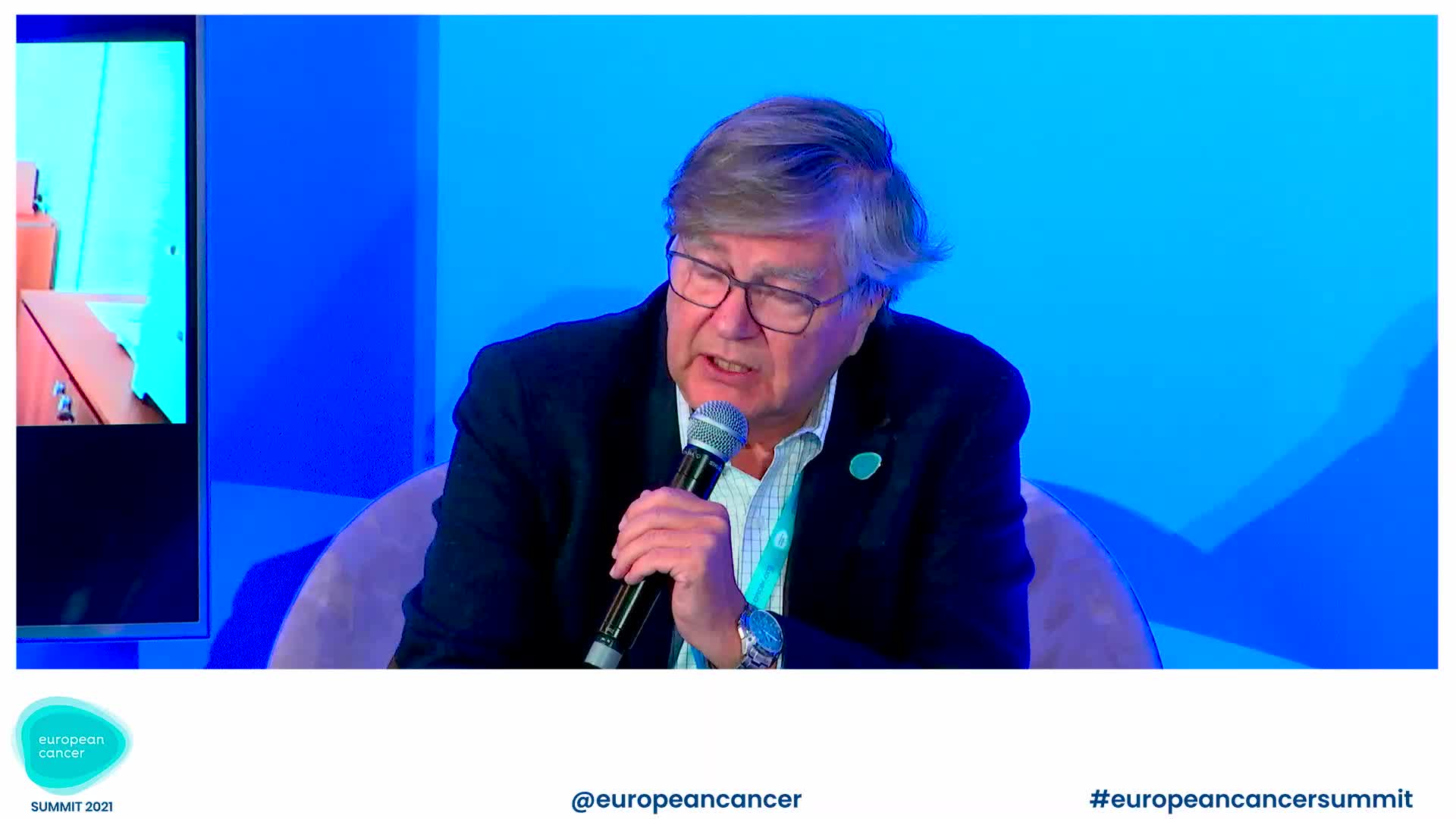 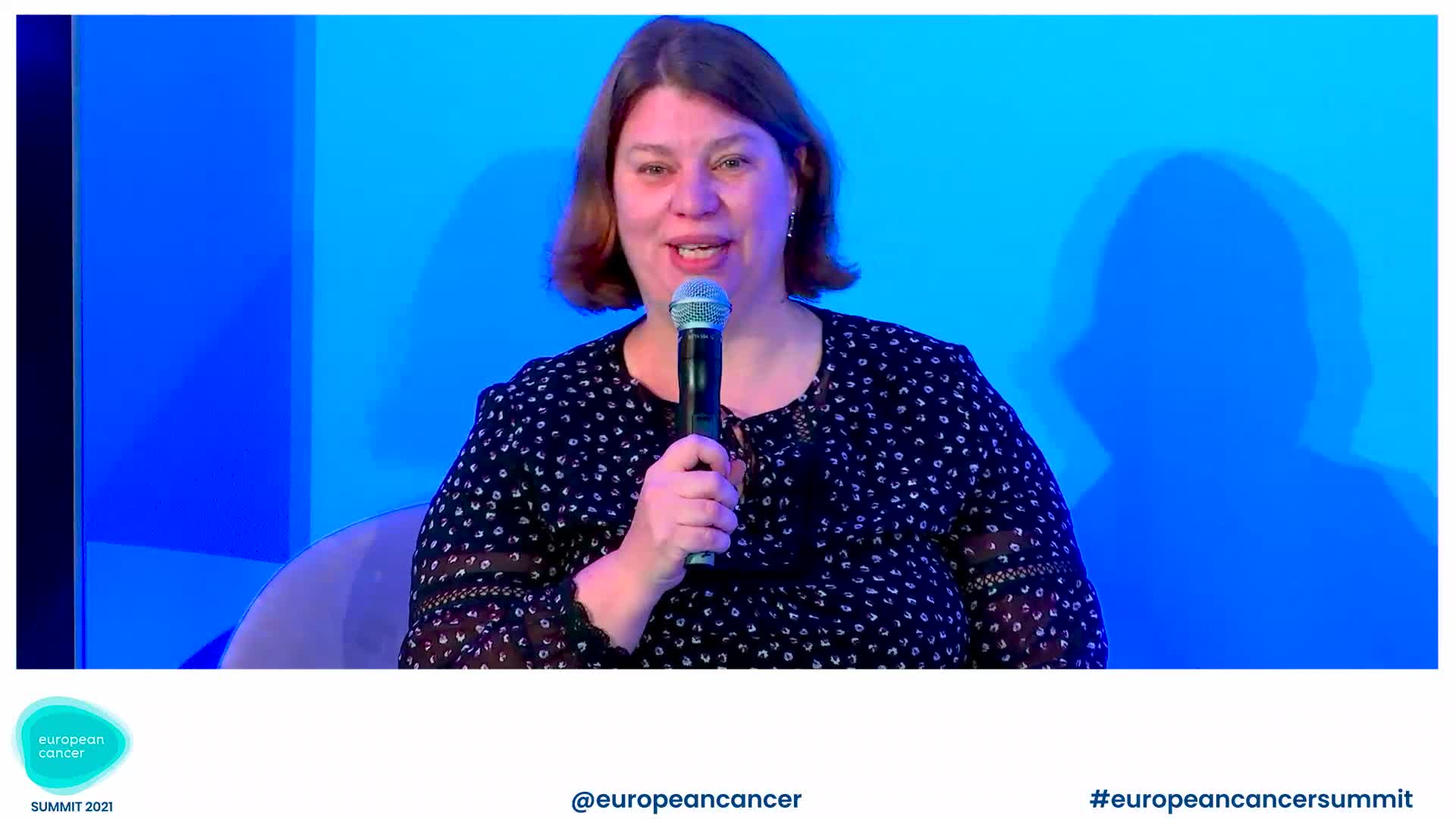 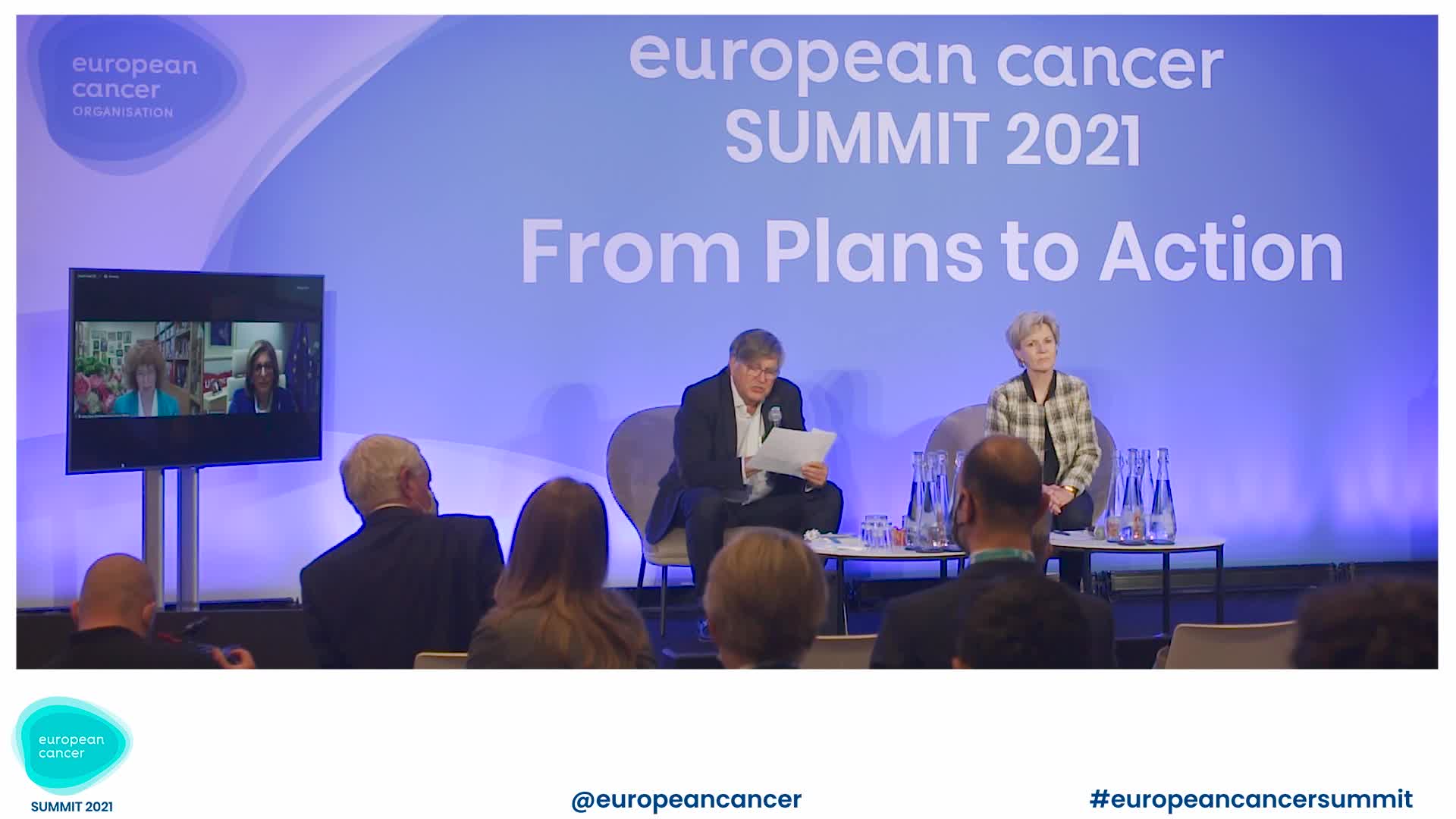 Subscribe for updates from the European Cancer Organisation as well as breaking news and case discussion from Wondr Medical.